You already have a saved search with that name. If you save, you will overwrite the existing saved search. Are you sure?

Jeff Hallman
In February the Wenatchee City Council imposed a one-year ban on cryptocurrency mining in residential and mixed-use zones, citing safety concerns and potential strains on the electrical grid. Last month, the utility district declared a moratorium on applications for cryptocurrency and other data-related activities. The commissioners also directed staff to take all available steps to halt unauthorized crypto operations. MORE: Buying—and Selling—Property with Bitcoin

A three-bedroom, four-bathroom custom-built home is currently on the market for $1.735 million. The house measures 4,456 square feet and sits on almost 50 acres. PHOTO: NICK MCLEAN REAL ESTATE GROUP The influx of cryptocurrency mining comes on top of an uptick in buyers looking for a home in Wenatchee and the surrounding area. Exiles from Seattle and California, both retirees and younger couples, have been relocating to the area, which has more affordable homes and extensive outdoor recreation, such as hiking, water sports and skiing in the nearby Cascade Mountain Range. Last year, Forbes magazine named Wenatchee one of the 25 best places to retire, another factor fueling demand, real-estate agents say. Home prices in Wenatchee grew 11% in February compared with a year earlier, while supply remained tight, with the number of active listings down 19%, according to Wenatchee-based Pacific Appraisal Associates, which also says there are currently seven homes on the market priced at over $1 million. Home building is also on the rise—there were 26 single-family dwelling permits issued through February, more than double the 12 permits issued in the same period of 2017. But developers say they’re stymied by limited buildable land and a shortage of construction labor. Real-estate agents say a two-bedroom rental house that went for $600 a month a couple of years ago is now getting rates around $1,500 a month. MORE: Bitcoin and the Blockchain Are Disruptors in Global Real Estate 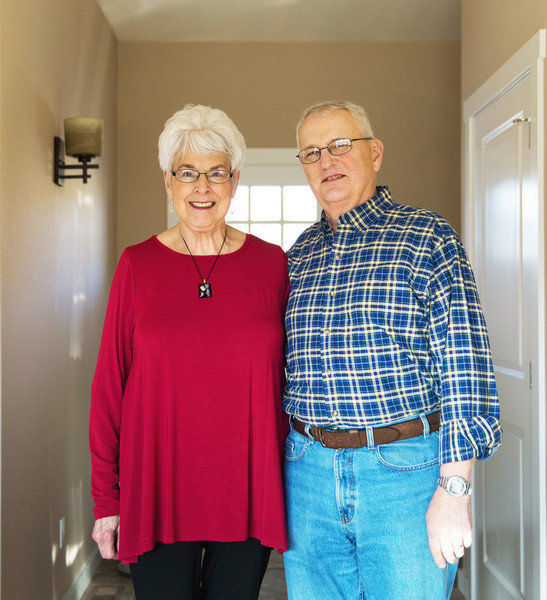 Pam and Jim Wonn paid $450,000 for a lot and house in Wenatchee, Wash., last year. PHOTO: AMBER FOUTS FOR THE WALL STREET JOURNAL“We looked and looked,” says Jim Wonn, a retired tech executive who moved to Wenatchee after buying a lot and building a house last year for $450,000, moving in in November. Mr. Wonn says he’s heard about the fires caused by bitcoin-mining computers overloading electric-service wiring, but all the people he knows who have moved to Wenatchee in the past few years are retirees or second-home owners who plan to eventually retire there. Chris Holt, 50, just finished building a new 2,700-square-foot house for $290,000, which he considers a good deal: He now rents the 1,000-square-foot house where he was living before for $1,400 a month. Mr. Holt, an automobile dealer, says he made the decision to build and rent in part because building costs haven’t gone up as fast as rents. Changes in Wenatchee are happening at “an alarming rate” he says—especially an increase in traffic. FROM PENTA: Billionaire Larry Ellison to Launch Hydroponic Farm Business on His Private Hawaiian Island Still, Ms. Collins, the interior designer, says traffic conditions are still better in Wenatchee than in Seattle. When she started her house hunt, she set a $300,000 price point. But when she couldn’t find much, she doubled it. Even that may not be enough. A couple weekends ago she looked at a 10,000-square-foot house in Wenatchee, advertised as a castle, with a saltwater swimming pool and an acre of landscaped property listed for $1.7985 million, but decided it was too big and old. So the hunt continues. “I’m just looking for peace,” she says.
share Share
arrow_backBuilding Permits gained 2.5% in March, highest...
Return to Blog Index
Sale Pending | 1115 Third Street SE, E. Wenatc...arrow_forward

You message has been sent!

Send us a Message

Success! Please check your email for instructions on how to reset your password.

We will never sell your e-mail address or phone number under any circumstances.

Free and complete access to Saved Searches and more